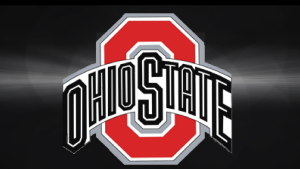 He was born on September 18, 1940 in Rushville, Indiana to Frederick Alvan and Katheryn Lois (Applegate) Sohn.

Steve graduated from Elsinore Union High School in California and served in the US Navy. He went on to enjoy a career as an insurance adjuster. After retirement, he worked for Advanced Auto Parts for many years. He loved The Ohio State Buckeyes, bowling, watching golf, eating ice cream, and going to car shows.

Besides his parents, Steve was preceded in death by his sister, Sandra Sohn; son-in-law, Doug Jacobs; father-in-law, Theodore Bowman; and his beloved dog, Sophie Lynn.

Graveside services will take place at Sunset Cemetery in Galloway, Ohio at the convenience of the family. In lieu of flowers, memorial contributions can be made to the Chillicothe VA Medical Center, 17273 State Route 104, Chillicothe, OH 45601, Attn: Voluntary Service (135).

To send flowers to the family or plant a tree in memory of Stephen Lee "Steve" Sohn, please visit our floral store.